I almost didn’t see The Daughter, Simon Stone’s first feature as film director after a long stint at the Belvoir. From a distance, it looked like exactly the kind of Australian film I usually dislike: dour, drab and revelling in bathos. Admittedly, that style has become less and less common in the last couple of years. Nevertheless, The Daughter looked as if it might be something of a throwback, even if it recalled a different, lusher lineage of Australia cinema as well. With Jan Chapman front and centre as producer, and a landscape that seemed to be drawn from the cooler, wetter recesses of the southern coast of New South Wales, it also felt as if we might be back in the realm of the Gothic landscapes outlined by Ray Lawrence in Lantana and Jindabye. At the same time, however, this drab tradition in millenial Australian cinema often works precisely by taking what might appear to be an Australian Gothic scenario and progressively divesting it of the pathos, extremity and spatiality that usually accompanies the Gothic.

For the first half of The Daughter, the film more or less lived up to my expectations, even if the narrative occasionally seemed as if it was striving to exceed this drab aesthetic in its convolutions and contortions. Among other things, this drabness often feels like an argument for a distinctively Australian realism – or an equation of a certain fantasy of Australian life with realism – and so aligns itself with a more pervasively anti-aesthetic quality in Australian culture. For that reason, drab Australiana tends to attach itself to minimal narratives, or to genre narratives that disperse and dissolve as they proceed. At times, it feels as bit like this kind of Australian cinema is beset by a reflexive impotence, an inability to conceive of itself as engaging, and so offering a kind of deflated engagement – or deflating engagement – as a spectacle in itself. In the case of The Daughter, however, the reverse was true: what initially felt quite dispersed and bathetic gradually gathered momentum into a third act of contorted melodrama. 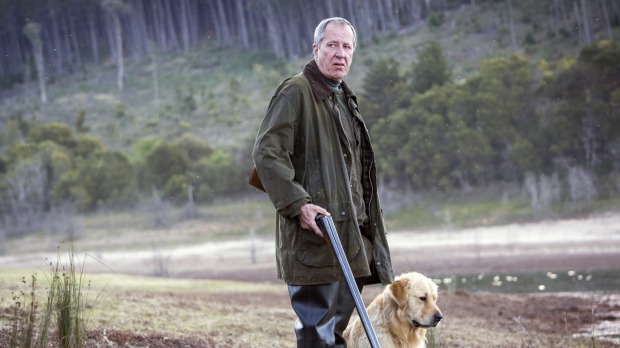 At some level, that gradual intensification is a result of the star power on display here, with Stone recruiting a selection of actors – Miranda Otto, Sam Neill, Geoffrey Rush – who are always compelling on their own terms, and great at just chewing scenery during the downtime that pervades a film of this kind. At the same time, the narrative itself convolutes partly through complicating the class relations between the characters, which is quite an unusual move for this school of drab Australiana. While this aesthetic of bathos typically focuses on working-class characters, they’re usually too jettisoned from any kind of discernible class structure or class consciousness for their situation to feel especially galvanising in any way, with their economic and political position subsumed into a more numbing and all-encompassing blandness that more often than not feels exploitative rather than deeply engaging or engrossing.

In The Daughter, however, working-class life is robustly positioned within a more general argument about class, with the narrative revolving around the relationship between two families in a small factory town on the South Coast. On the one hand, there is the family who owns the factory and most of the land in the town; on the other hand, there is a working-class family that have been placed in a precarious situation by recent cutbacks at the factory. Although these two families initially seem as if they are worlds apart, the narrative gradually brings them closer and closer together, by way of a series of twists and turns that seem positively fantastic in terms of what we might think of as a more conventional Australian realism. In fact, if The Daughter clarifies anything, it is that this drab mode of realism is committed to sequestering working-class ennui as a free-floating affect rather than anything that can be situated or addressed in economic or political terms, which is perhaps why The Departure feels so galvanising by contrast, especially in its later stages. 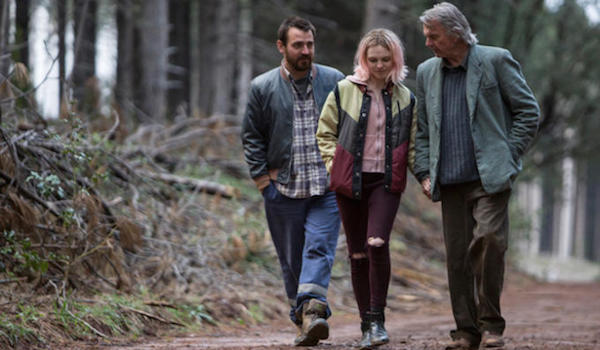 In large part, that is because the third act of the film decisively breaks with drabness to offer something more like high tragedy, culminating with an extremely uncompromising and distressing ending. While tragedy is cathartic by nature, there was something especially cathartic about the tragic turn in this case, a move that owes a lot to Stone’s time at the Belvoir. Over the last couple of years, Stone has made a name for himself by adapting classical tragedies to fit an Australian context. A year or so ago I saw his production of August Strindberg’s Miss Julie and was really impressed by the way he managed to update it to fit the upper echelons of Sydney high society without compromising any of Strindberg’s chilly austerity as well. When it comes to adapting canonical works, Australian directors often seek to reframe gravitas as pretension that needs to be punctured, which is a very Australian mindset in some ways, but doesn’t necessarily make for great viewing. Despite the bevy of Australian accents on stage, however, Stone’s version of Miss Julie managed to retain the tragic momentum and sublimity of Strindberg’s vision in an Australian milieu, in what felt like a transformation as much as a traditional adaptation. 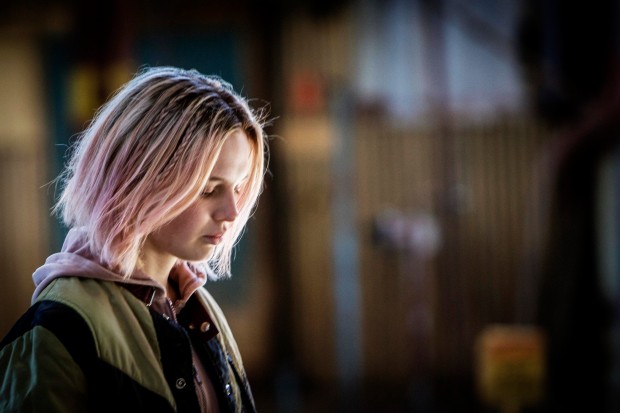 It made sense to me, then, when the closing credits of The Daughter rolled and I saw that this, too, was a theatrical transformation, and had taken Henrik Ibsen’s The Wild Duck as its source material. Not only did that explain the convoluted plot but also its slight incongruity with the backdrop and milieu within which it was located, especially in its tragic, melodramatic convolutions and its schematic preoccupations with class. While many critics have taken issue with that incongruity, I found it a productive tension that elevated the film above a more predictable drabness, forming something of a new generation of Australian tragedy that was nevertheless attuned to recent moments in our national cinema as well, most explicitly – as mentioned before – the last two films of Ray Lawrence, perhaps on the back of Stone’s role as Billy, one of the main characters in Jindabyne.

In fact, Jindabyne is probably a good point of reference for The Daughter in general. On the one hand, Stone clearly learned from Lawrence’s multi-national case, which included Gabriel Byrne and Laura Linney alongside a host of Australian actors, just as The Daughter includes Sam Neill and Paul Schneider alongside a host of more familiar faces from local film and television. Along with Kate Winslet’s performance in The Dressmaker, there’s been a movement towards converging international and Australian casts, although the point doesn’t seem to be to bring indie Australian cinema to a wider audience, as it was in the 90s – think Hugh Grant in Sirens – as much as to complicate the insularity of Australian bathos with a new and more robust form of tragedy. The snowy, alpine backdrops so popular around Jindabyne, then, also make themselves felt in the chilly austerity Stone brings to his mise-en-scenes here, drawing upon his particular taste for adapting Scandinavian tragedians to make the Australian South Coast feel like a remote outpost of Lapland in much the same way as The Fall, in an indication of just how far the aesthetics and affect of far northern Europe have made themselves felt in the kinds of austerity narratives that are on display here.

Of course, there is something highly stylised and contrived about playwrights like Strindberg and Ibsen being used as a vehicle for these kinds of ruminations on the present, let alone the Australian present.For a national cinema, however, in which working-class malaise has been so naturalised as an affective, rather than a systemic, condition – a national cinema beset by clinical depression – those kinds of contrivances are tantamount to a new aesthetic manifesto. As I’ve mentioned elsewhere, one of the key criticisms of The Dressmaker was that it supposedly lurched between genres – and especially between comedy and tragedy – in a similarly contrived register, and yet once again those lurches are part of what makes it so original, so pointed and so encompassing in its efforts to write a history of the Australian present. Along with The Daughter, it’s made me feel as if we may be in the midst of a watershed moment for Australian cinema, and I’m now excited to see what else comes along over the next twelve months.